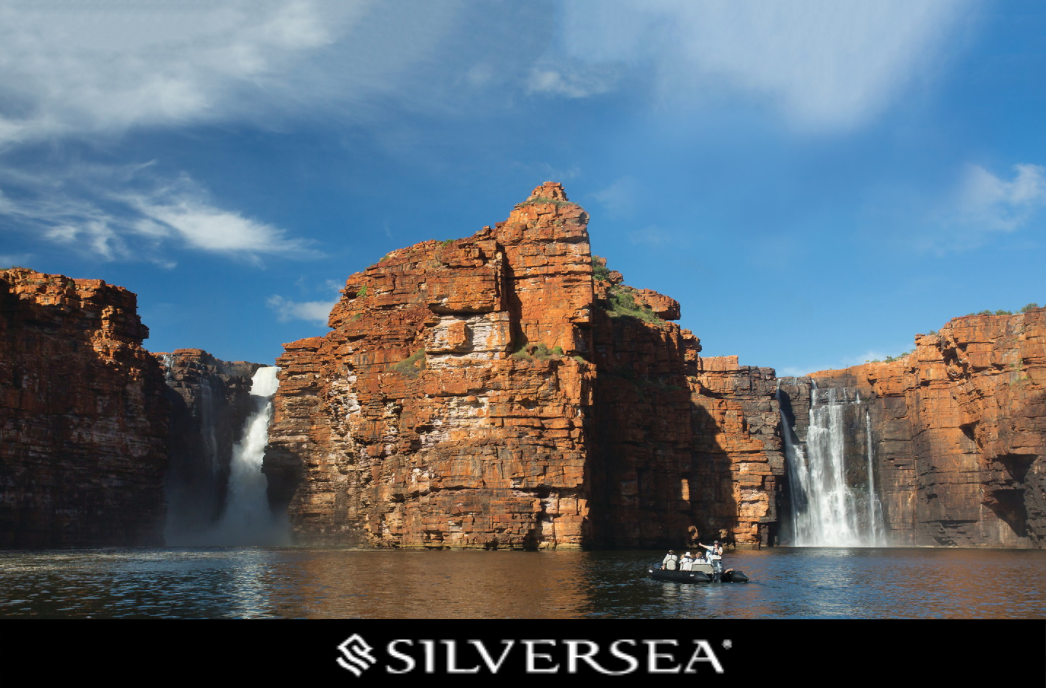 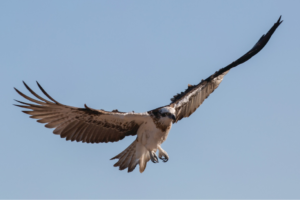 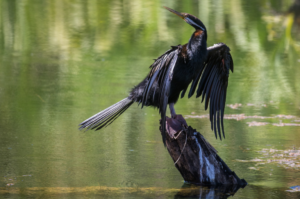 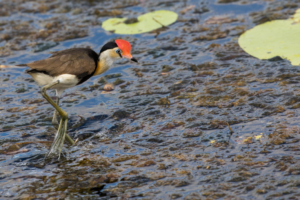 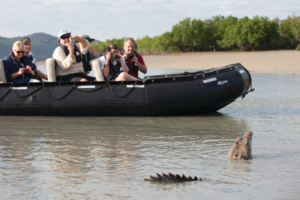 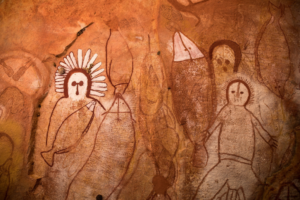 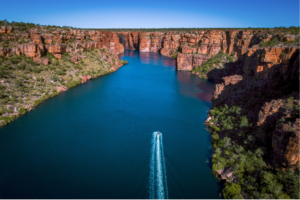 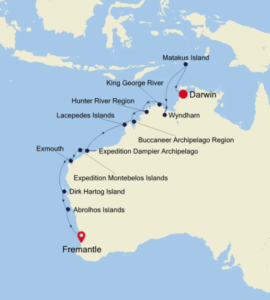 WED, AUGUST 3 2022 DEPARTURE 17:00
“Australia’s capital of the north is a uniquely tropical city, and a historically isolated outpost of this vast, diverse country. Reaching up towards the equator, a full 2,000 miles from Sydney and Melbourne, the city was named in honour of Charles Darwin by the British settlers who established a frontier outpost here. With a unique history, beautiful islands nearby, and a palette of sizzling Pacific flavours, colourful Darwin is an enchanting and exotic Australian destination. Crocodiles patrol the jungled waterways and tropical rainforests around Australia’s gateway to the Top End. Explore via airboat to look down on the veiny waterways of the mist-laced Kakadu National Park. The sounds of chattering birdlife and the gentle splash of fountains and waterfalls will fill your ears in George Brown Darwin Botanic Gardens. Soak it all in, before kicking back and relaxing with a picnic and a crackling barbecue. The sunshine and famous tropical pink sunsets mean many visitors naturally gravitate to the city’s soft sands to relax at spots like pretty Mindil Beach, as evening approaches. The adjoining market is filled with souvenirs and crafts stands and is the perfect great place to enjoy some fiery Asian flavours. Stroll the stalls, grab some food, and crack open an ice-frosted beer as the sunset show begins. It may be remote, but Darwin found itself on the front line during the Pacific War, as the Japanese air force unloaded their bombs onto the city in 1942. This relaxed unassuming city has a deeply resilient backbone, however, and you can explore the museums to learn more of the war’s impact on Darwin, as well as the devastating effects of one of Australia’s worst natural disasters, Cyclone Tracy in 1973.”

Days at sea are the perfect opportunity to relax, unwind and catch up with what you’ve been meaning to do. So whether that is going to the gym, visiting the spa, whale watching, catching up on your reading or simply topping up your tan, these blue sea days are the perfect balance to busy days spent exploring shore side.

The eastern part of Indonesia is a true paradise on Earth. Home to countless beautiful, unexplored destinations that have not enjoyed the tourism boom that many other parts of the country have. Matakus Island is one such destination. This makes it a perfect place for those who have a sense of adventure and truly want to explore off the beaten path. Matakus is a small island and part of the Tanimbar archipelago. At just over two miles in length and less than a mile across, it is one of the smaller islands but, despite its small size, its proximity to the regional capital city of Saumlaki just to the north ensures that the island is inhabited (current population 100). The tourism infrastructure is practically inexistent, so don’t expect to be souvenir shopping here – ordering a lunch of delicious freshly caught and grilled fish from one of the local fishermen that line the shore is about the maximum! The island is surrounded by fine, white-sand beaches and is a marine paradise, with fields of staghorn coral and schools of cardinalfish visible in its crystal clear waters. Grab your underwater cameras and snorkels and dive in! Wildlife is not limited to below the water however. Birds including the Tanimbar starling, Moluccan masked owl, Fawn-breasted thrush and Blue-streaked lorry all call the island home.
2 Included Shore Excursions:
Snorkeling with Silversea Expedition teamCode: MTK-EXP-D
Expedition Activities with Silversea Expedition TeamCode: MTK-EXP-E

Wyndham is a small settlement with the spirit of a Kimberley outback township. It was established in 1886 with the Halls Creek gold rush and sits on the Cambridge Gulf where several rivers converge. Today Wyndham has a population of roughly 900 people and operates largely as a port exporting cattle, servicing the mining industry and hosting a few small ships. For these vessels Wyndham is a gateway to the breathtaking Bungle Bungle mountain range and the nearby Ord River. The Bungle Bungle Mountains in Purnululu National Park are now a World Heritage Site. In excess of 350 million years have shaped geological formations of giant orange and black striped domes rising out of the ground into a landscape unlike any other. Known to the local Aboriginal people for thousands of years, the Bungles were only discovered by the outside world in the mid-1980s. Conversely, cruising the peaceful and tree-lined Ord River is a chance to look for freshwater crocodiles, fruit bats, short-eared rock wallabies and a variety of birds, including Mangrove Herons and Mangrove Gerygones. Please note: All destinations on voyages in the Kimberley region, and the order in which they are visited, are subject to tidal variations and weather conditions.
2 Included Shore Excursions:
Bungle Bungles Scenic Flight with LunchCode: WYD-EXP-01
Ord River Cruise with LunchCode: WYD-EXP-02

Montebello is Italian for ‘beautiful mountain’. What a misnomer! The islands are low, flat and arid. They were named by French Explorer Nicolas Baudin in 1801 after a battle in Italy. The war-like name may suit, as the British used the islands for three nuclear bomb tests in the 1950s. Today visitors must avoid two radioactive islands. Other islands are okay to explore. Two endangered mammals—the Mala (Rufous Hare-Wallaby) and the Djoongari (Shark Bay Mouse)— thrive here. They were almost wiped out by introduced cats and foxes on the mainland and were brought to this island ark for safety. The 170 islands are 120 kilometres (75 miles) off mainland Australia. Aboriginal people visited until eight thousand years ago, when rising sea levels after the last ice age made them too far offshore to reach. The next visitors were in 1622 when survivors of the wrecked British ship Tryall reached the arid islands. Porcupine Grass or Spinifex grows on rocky areas while wattle shrubs favour sand. The islands are an important seabird breeding colony. Look for Roseate and Greater Crested Terns. Sooty Oystercatchers forage on the rocks while Beach Stone-curlews roam beaches. Coral reefs and lagoons surround the islands in the Montebello Marine Park. One hundred and fifty species of hard coral, 450 species of fish and 170 species of echinoderms (sea stars, sea urchins and sea cucumbers) keep snorkellers happy. Green, Hawksbill and Flatback Turtles nest on beaches and provide highlights when seen in the water.

It was 400 years ago when Dutch explorer Dirk Hartog on the Eendraft landed on this large island off the westernmost point of the Australian Mainland. At first glance little has changed at this lonely remote landscape of rock and sand clothed in low arid vegetation. But introduced animals over the years have caused the disappearance of native fauna. An ambitious program of pest eradication and native animal reintroduction titled ‘Return to 1616’ is restoring the island to its original biological state. It is close to succeeding. Shark Bay on the eastern shores of the Dirk Hartog Island is a magnificent marine ecosystem with the largest and most varied seagrass bed in the world. It supports healthy herds of dugongs with estimates of 10,000 animals present. Look at the sea for rounded grey shapes, snorting nostrils and slowly lifting tails that reveal dugongs. Shark Bay also supports many Loggerhead and Green Turtles, pods of Indo-pacific Bottlenose Dolphins and plenty of stingrays and eagle rays. As the name suggests, sharks are a feature, maintaining a healthy ecosystem. Dirk Hartog Island is large and remote enough to have its own bird. The Dirk Hartog Fairy-wren, also called Black and White Fairy-wren is a small bird with a tall upright tail, which bobs about in groups amongst the shrubs. Several other rare small birds live in the arid vegetation. More visible are flying birds of prey with Spotted Harriers, Brown Falcons and Brown Goshawks. Dirk Hartog would still recognise his Island of 1616.

When travelling in remote regions tide, wind, ice and weather conditions determine the details of our itinerary. While we will do our best to maintain all suggested activities, some of these may be subject to change. Come with an open mind and a great sense of adventure, together we can turn any voyage into a wonderful Expedition.