Ultimate Antarctica with Silversea in 2022/2023 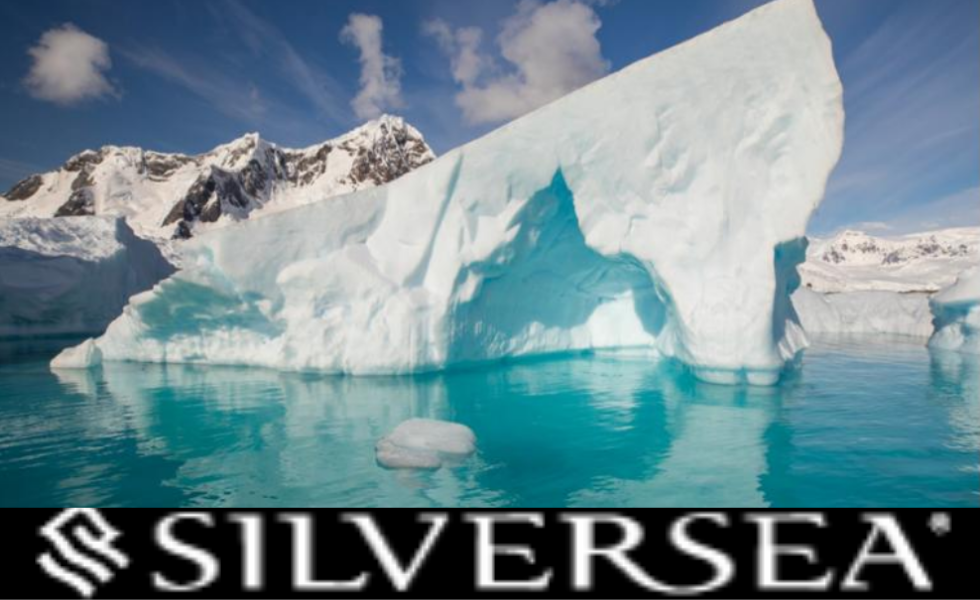 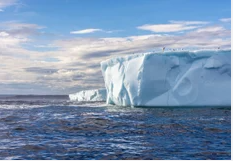 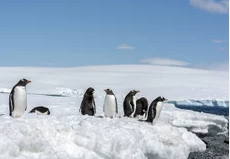 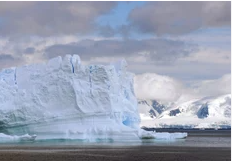 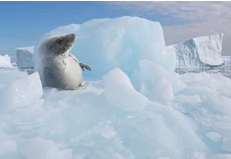 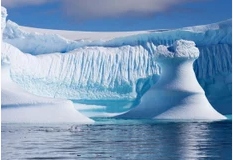 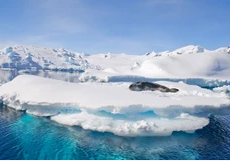 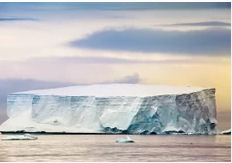 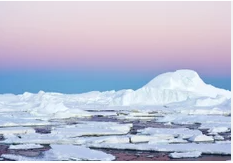 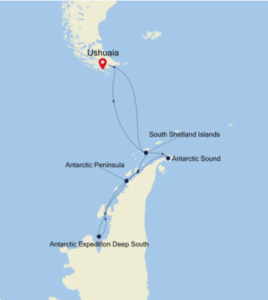 A southerly frontier – on the cusp of wild nature and extraordinary adventures – the excitement in Ushuaia is palpable. Prepare for memorable exploits amid the extremes of this southerly location – as you adventure into the colossal scenery of the fractured Tierra del Fuego and beyond. Known as the ‘End of the World’ Ushuaia looks out across the Beagle Channel, and is surrounded by the Martial Mountains to the north. Despite its remote location, Ushuaia is a surprisingly busy and lively resort, with lots to keep its visitors entertained. For many people, Ushuaia is their last glimpse of anything resembling a city, before they jump off the map into the wilderness, to answer the call of immense national parks or Antarctic expeditions. One of the most dramatic landscapes on the planet – Argentina’s land of fire, National Park Tierra del Fuego, is a place of titanic natural forces and limitless beauty. Snow-covered mountains poke the sky, while glaciers spill down between peaks, and gaping fjords open up. With incredible wildlife – from penguins to whales – the park offers some of South America’s most amazing hiking opportunities and panoramas. When it comes to food in Ushuaia, locals cook up fierce flavours using the freshest ingredients. King crab is one of the most popular dishes, while sea bass – hauled freshly from the waters – and mounds of meaty mussels – known as cholgas – are also on the menu here.

Sailing the legendary Drake Passage is an experience that few are ever lucky enough to experience. The southern tip of the Americas already feels like a wild enough environment – but the sensation of watching the distant cliffs of the peninsular known as the ‘End of the World’ fade into the horizon, is one that’s equal parts epic, eerie and magical. Set sail, to slowly drop off the bottom of the map from Cape Horn, and voyage on an expedition down into the icy underworld of Antarctica. Drake Passage is an extraordinary voyage of romantic ocean faring legend, as you aim for Antarctica’s icy realm. On arrival, skyscraper sized icebergs salute you, as you traverse the waters of this continent where snow and ice dwelling creatures like penguins and whales roam undisturbed. Your first sight of this most-unexplored place will most likely be the South Shetland Islands. Walk in the footsteps of some of history’s greatest and bravest explorers as you explore famed, snow-covered landmasses like Elephant and Deception Island. If the journey across Drake Passage sounds daunting, don’t worry – even in rough seas you’re never alone, and will often be accompanied on this spine-tingling adventure by soaring albatrosses and maybe even a protective pod of humpbacks and hourglass dolphins or two. Converging warm and cool ocean currents attract some spectacular animal life to the passage.

SOUTH SHETLAND ISLANDS, ANTARCTICA
WED, FEBRUARY 15 2023
The ice-coated Antarctic Peninsula forms perhaps the most accessible region of mainland Antarctica, lying a mere 480-miles away from South America, across the fabled waters of Drakes Passage. Lying close to the northwestern tip of the Antarctic Peninsula, separated by the Bransfield Strait, the South Shetland Islands fall under the jurisdiction of the Antarctic Treaty, suspending claims on their sovereignty. Several countries maintain research bases here, and with plump elephant seals, and crowds of Gentoo, Chinstrap and Adelie Penguins also calling the islands home, it can even feel a little crowded at times. King George Island is the largest and most hospitable island, hosting the majority of the research stations – some of which are populated all-year-round by tiny, hardy crews. Don’t be fooled though, these islands offer extraordinary adventure in one of the most remote locations on earth. The triple peaks of Mount Foster tower above the archipelago, and you’ll feel your heart pumping a little quicker, as you sail into the core of Deception Island’s magnificent collapsed volcano caldera. Hike the luna landscapes within, and even dip into the improbably warm, geothermally-heated waters of Pendulum Cove. Elephant Island, meanwhile, is written deep into the annals of Antarctic expedition legend, as the site where Ernest Shackleton and the stricken crew of the Endurance miraculously survived a harsh Antarctic winter, in 1916.
1 Included Shore Excursion :
Zodiac Cruise with Silversea Expedition team Code: E44-EXP-A

Few voyages ignite the imagination like a journey down to one of the planet’s most remote, extreme and enchanting wilderness, Antarctica. An adventure in its purest form, only a handful of people will ever be lucky enough to experience the majestic beauty of these monochrome landscapes first-hand. The Antarctic Sound will be one of your first encounters of this whitewash kingdom, located at the northerly tip of the Antarctic Peninsula – which sprawls up like a tentacle towards Tierra del Fuego, South America’s most southerly point, otherwise known as the ‘End of the World’. Taking its name from the first ship to brave the passageway between the peninsular and the Joinville Island groups back in 1902, the Sound is a raw, sensory assault of imposing iceberg slabs, broken away from the disintegrating Larsen Ice Shelf. Come face-to-face with stadium-sized islands of ice and meet the extraordinary birdlife that call this whitewash kingdom home. Watch on, as colonies of Gentoo penguins hop around, and cape petrels sweep overhead, as the continent’s unique wildlife thrives around you. If you’re planning your first venture into Antarctica, you’ll want to brush up on your photography skills in advance, to capture this unforgiving continent in all of its unrestrained glory.

The Antarctic Peninsula unravels upwards towards South America, reaching out a beckoning finger to the adventurous, who dare to explore this untamed realm. Stretching up from the heart of the world’s southernmost continent, the Antarctic Peninsula lies a mere 620 mile from Tierra del Fuego and, for many, offers a spectacular first taste of the snow-blanketed landscapes and colossal ice sculptures, which make up Earth’s least-explored continent. Unseen by humans until 1820 – a blink of an eye ago in relative terms – this is an adventure sure to make your hairs stand on end, as you experience the thrill of the truly unknown and extraordinary. The vast peninsula is sprinkled with research bases, which are at the frontline of human scientific endeavour, pushing to study and understand this unique landscape, its exceptional wildlife, and the impact that humans are having on this pristine continent. Witness cathedral-sized icebergs up close, and blue-hued glaciers, slowly slipping from imposing locations like Hope Bay. Blanched mountain peaks cover the peninsula, and you’ll find thousands of adorable Adelie penguin pairs thriving undisturbed in this peninsula’s unique setting.
3 Included Shore Excursions:
Zodiac Cruise with Silversea Expedition teamCode: E42-EXP-A
Hiking with Silversea Expedition teamCode: E42-EXP-B
Kayaking with Silversea Expedition teamCode: E42-EXP-C

When travelling in remote regions tide, wind, ice and weather conditions determine the details of our itinerary. While we will do our best to maintain all suggested activities, some of these may be subject to change. Come with an open mind and a great sense of adventure, together we can turn any voyage into a wonderful Expedition.